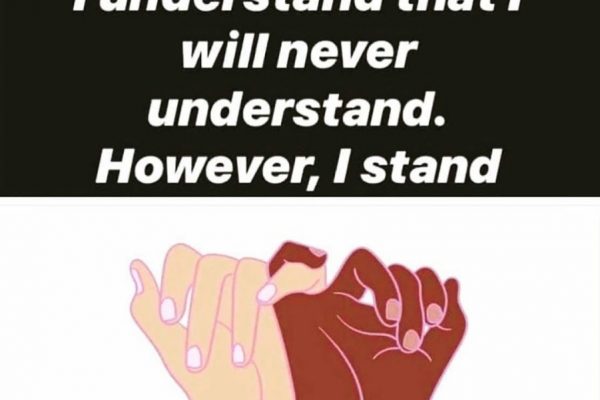 It’s embarrassing. I’m 55 years old and I feel like my eyes are just beginning to open.

I’m not going to write about spinning or sewing today because I am sad. Sad that a police officer can kneel on a man’s neck in the daylight with 3 other officers standing by until and even after a man is dead. Because he was suspected of using a a counterfeit $20 bill.

This man was not a criminal. He was well liked. He had friends and family . His Name is George Floyd. And I know for a fact that if he was white none of this would have happened.

But the people I know are saying all they had to do was to be patient. That the protests weren’t necessary. Are you kidding me? How long should they wait? I am 55 years old and this problem is older than me. How long do the people need to wait to be treated like they matter?

A man, Ahmaud Arbery, was shot while jogging in February and it took until there were protests and national outcry in May for the men responsible to be arrested. Three months later! They have yet to go to trial and I am concerned that nothing will happen to those men.

The officers in Minneapolis should have been arrested that day. They weren’t.

I don’t know enough about this topic but I know how I feel. I don’t blame people for protesting, and marching and even lashing out in anger. And I’m tired of being afraid to speak up. I can only imagine how it would feel to be treated like a criminal in every situation and regularly.

These are just two cases in the last couple of months. There are many more. And in most cases police officers are not charged. And we can say not all police as much as we want ( I have a brother in law who is a good officer) but until the police departments are willing to get rid of the bad ones instead of covering for them then I think we have to be suspicious of all of them…except my brother in law of course.

That’s all I have to say here today.

I’m sorry if I sound clumsy but what I really want to say is I’m sad, and sorry and I understand why people are done waiting.

PS If anybody knows who made that graphic so I can give attribution I would be very happy if you could tell me.