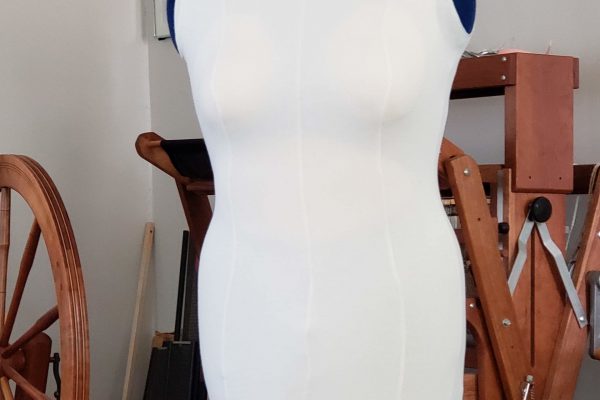 In June, right after school was out, Maggie and Ryan and I went to Utah. The kids were going to a music camp where Maggie studied opera and Ryan was working on saxophone – although Ryan has decided to add Clarinet to the instruments he plays because he now loves classical music.

Anyway, while they were in Provo at BYU, I found a nice little Air BNB in Salt Lake City. I planned on visiting a lot of LDS church sites and relaxing. I did spend plenty of time at Deseret Book and the Family History Library.

And whenever I get to Salt Lake City I like to visit Miriam Felton. I love her. She’s always doing something new and she’s super smart. So we met for lunch at the Blue Iguana (it was good but not as good as the Red Iguana where we went the next day) and we talked and talked. I expected to go back to my sight seeing after that but she invited me to her studio and I was excited to see this new place where she is working and creating. Little did I know it would turn into a bit of a therapy session for me.

She asked me what I wanted to do. Was there something I wanted to make or work on. I was stumped. I’m not sure if you have noticed but I haven’t been writing any blog posts and my social media between April and end of June was not very creative. I cried a little and we talked. And while we talked I made a pom pom.

What we decided was I needed a little vacation from my usual work. I had sort of decided that in the beginning of June but I was nervous about it. I have been feeling stagnated in my creative pursuits. Most of my making time was spent on projects that I wasn’t excited about or preparing for upcoming classes. I had ideas for things I wanted to try or experiment with but I was so busy with all the stuff I had to do I didn’t have time to play or experiment. And everything felt like it had to be for work and so instead of following the natural path of things I was molding projects to fit what I thought I should be doing.

So, I have some things that I have promised to do and I’m going to do them. I’ll be at Webs in the beginning of October and SAFF at the end of October. And then  St Louis in December. In 2019 in April I’ll be at John C Campbell teaching about spinning for weaving  and then I’ll be at Midwest Weavers in June. And that’s all I have planned for now. I still love teaching and will be teaching when I can but I also need a minute to figure out what’s next.

The skirt project is stalled at the moment and I need some solid time to get back to that. My knitting life disappeared because I got tired of knitting what I thought I had to knit instead of knitting for me. The looms are all empty because I wasn’t excited and there were too many projects that sounded like no fun or directed by somebody else.

As I’m typing this is sounds so whiny and pathetic but there is something about a creative life where balance is necessary between what you have to do and what you want to do or the creativity leaves. It feels like this whispery thing that you have to have some quiet time to be able to feel it and all of my quiet time had been swallowed up in other stuff that I wasn’t excited or passionate about. I never really saw myself as a creative person before this happened. Mostly because I am very scientific and methodical about most of my work but I see now that it’s just another way to be creative.

Anyway, I’m going in a different direction at the moment but it’s on a curve which will swing me back to where I was. I got out my sewing machine again. I used to sew all the time. For other people. I was pretty good too. I made a lot of wedding gowns and bridesmaids dresses and I used to sew for my older kids when they were little. But the last few tImes I tried to sew a dress for myself it was an awful failure. And so I quit. I figured I lost that talent.

Miriam told me something that my mom had said and also that Amy King had told me before but I didn’t understand what they were talking about or didn’t know how to do it and so it didn’t stick. Miriam, on the other hand, spelled it out step by step for me. Which was very kind of her.

I bought padding for my dress form to make her the same measurements as me.

The hips need work but since I am making dresses with fuller skirts I’m not too worried about that right now.

In the last 2 weeks I’ve made 2 dresses.

They fit me. They are flattering. I feel happy with them. And now I’m going to stop using the clearance $3 per yarn fabric and make a dress with some of my good fabric that I have bought and have been afraid to use.

The way this spins back around is that I fully intend to continue spinning for weaving clothing and I can;t be driving to Pennsylvania for my mom to make my clothes. I need to know how to make them fit me. I’m learning how to alter patterns and take my own measurements. Eventually I may even learn to draft my own patterns.

I’ve also been knitting. My Patreon supporters and I are in the midst of a sweater spin and knit along and I finished spinning the singles for my sweater yesterday.

I’m not going away, don’t worry and for those who are still sticking around in my Patreon, thank you. I still have things to teach.

7 thoughts on “My Sewing”