What I Did on my Summer Vacation

We’re just back from 9 lovely relaxing days. There was plenty of knitting, some spinning, lots of sitting around and a teeny tiny bit of work. I could get away with that because Chelsea was steering the Spinning Loft ship.

This post will cover the family activities we did and in a day or two we’ll talk about what I did and the yarn shops I visited. 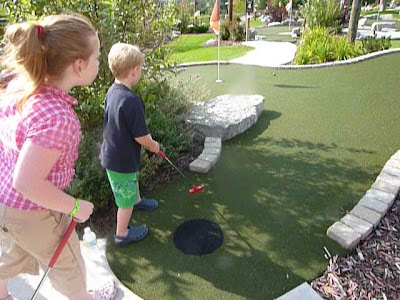 Miniature golf at the Great Wolf Lodge in Traverse City was terrifying. I have an irrational fear of snakes. I know it. I can’t even touch a rubber one. So we were playing and got to the 4th hole and Ryan said “SNAKES!” and there they were. Two of them crawling around under a bush. Lou chased them away and made me play through. Now, I would prefer not to pass my crazy on to the kids and so i played through. There we were at the 5th hole and what goes by? Two more snakes! I squealed a little and got on top of a rock. Lou chased them away again and being the trooper I am I played all 18 holes…on the lookout of course.

I did tell the person at the desk though. 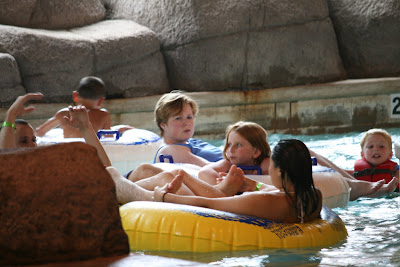 Great Wolf Lodge is not my favorite place to play but the kids love it…even the one that is taller than me. In the photo above you can see where Maggie and I spent most of out time in the water park – the Lazy River. Grab a tube and float around. Maggie isn’t a big fan of the water slides and so she was either floating with me or practicing her newly gained swimming skilz in the plain old pool. 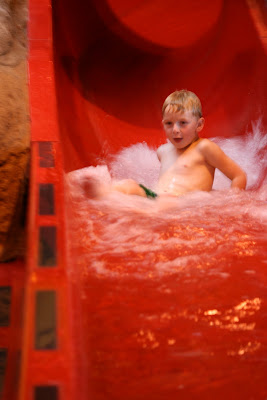 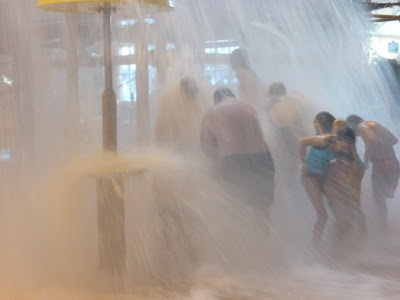 Ryan and Lousmith, on the other hand, got into all of the available activities. The photo just above is of the 1000 gallon bucket spilling down, which it did every 5 minutes. The boys are both in that photo. 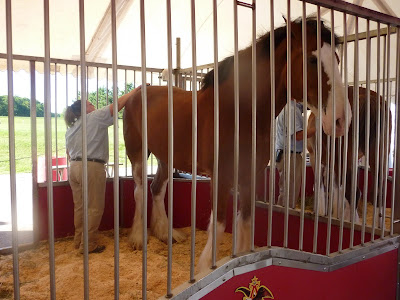 We were at the Great Wolf Lodge for 3 nights and then went to Petoskey. On the way we stopped to see the Budweiser Horses where they were visiting at some casino. These guys are amazingly big! This boy is getting groomed and he loved it. 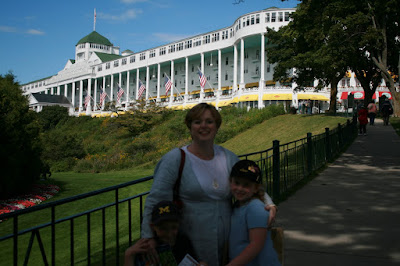 Our time in Petoskey was a big jumble of sitting around and little else except for our visit to Mackinac Island (pronounced Mackinaw). The highlight of the day for me was the Lunch at the Grand Hotel. The Grand has the largest covered porch in the world. I believe I remember it to be 600 feet long.
The buffet at the Grand was almost as long and so very delicious. It’s a beautiful place and I’d love to spend a couple of nights there in the future. After 6PM Men are required to wear a Jacket and Tie and women wear skirts or dresses. Fancy. 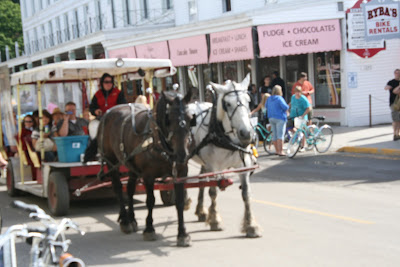 Mackinac has no cars. All transportation is by horse or bike or foot. Amazing how much quieter things are without cars. I did almost get hit by a bike but…what can I say. It was my fault. 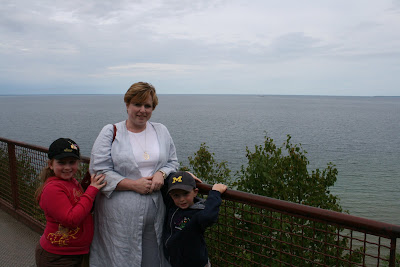 We took a carriage tour of the Island which includes a park that used to be a national park but is now a state park. During the war of 1812 the Fort on Mackinaw Island was taken over by the British for a time until it was negotiated back to America a few years later. 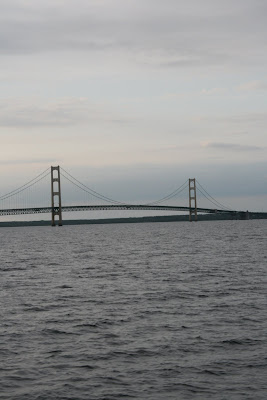 The Mackinaw Bridge connects Lower Michigan with the Upper Peninsula. Here are some facts about the bridge taken from the Mackinac Bridge Authority website. 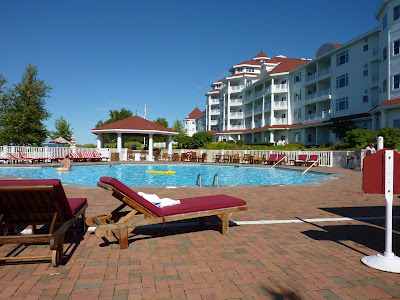 This is the hotel we were at in Petoskey. it is the Inn at Bay Harbor. Lousmith has stayed here a few times the last few winters but it’s usually in February and he gets there after dark and leaves before the sun comes up so it’s the first time he’s seen the grounds. 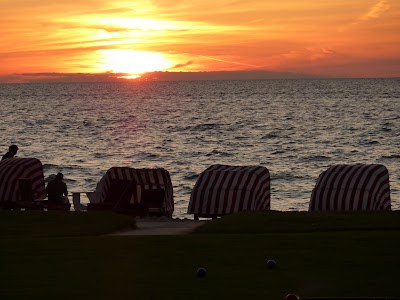 There were beautiful sunsets….. 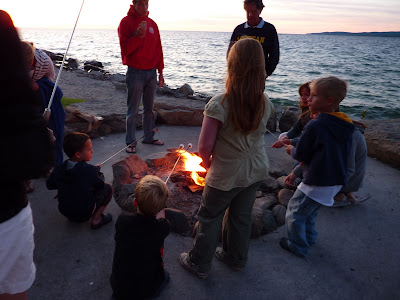 S’mores on the beach of Lake Michigan…. 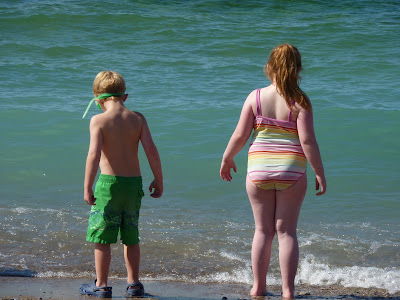 Playing in the lake water…. 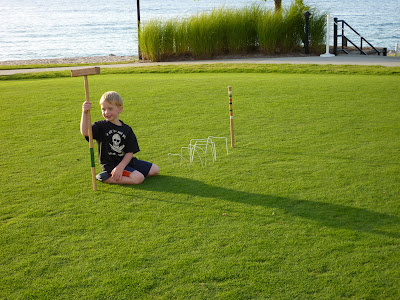 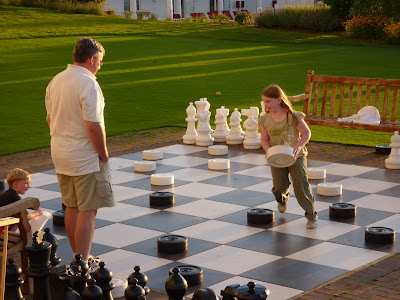 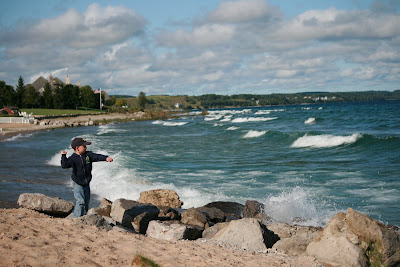 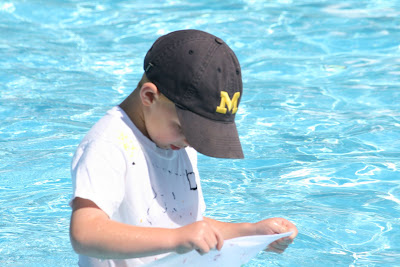 The kids spent a lot of time in the heated hotel pool too. 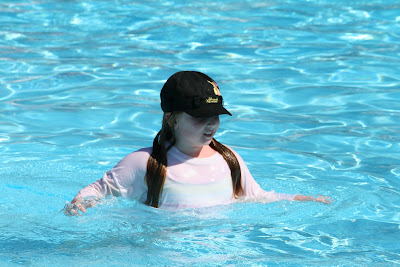 By the last day they had to wear shirts and hats in the pool. We ghostly white skinned people get burnt very easily and I was so upset about Maggie by then. The girl really needs sunscreen every 5 minutes for it to work. One of the days I spent some time at the spa having a massage, exfoliation and facial. I’m very shiny and smooth now.

This week was just what I needed. I feel so much better. Still lots to do but I feel like I may be able to handle it now with the help of the Chelster.

3 thoughts on “What I Did on my Summer Vacation”